The Federal Court sits in all capital cities in Australia and elsewhere from time to time. It has resident judges in Sydney, Melbourne, Brisbane, Adelaide and Perth and Registry support in those cities as well as in Hobart, Darwin and Canberra.

Since 2014, the Court’s work has been organised under nine substantive areas of law. These are:

The practice of the Court in each of the above areas is governed by the Federal Court Rules 2011 and recently modernised Practice Notes.

The Commercial and Corporations area (Commercial area) is almost half of the Court’s work. It is organised into the following sub-areas:

Within the Commercial Contracts, Banking, Finance and Insurance sub-area, there is a specialist insurance list to deal with short questions of principle. This list is currently run by the Chief Justice.

There are designated judges assigned to each Commercial sub-area by the Chief Justice. The number of judges so assigned depends upon the volume of work expected in that sub-area. All judges assigned to these sub-areas have expertise in the sub-areas to which they are assigned. In this way, litigants and practitioners can expect to have a judge presiding over their dispute who has knowledge and expertise relevant to the subject matter of that dispute.

Allocations of particular cases are done by the Chief Justice and the National Operations Registrar and her team according to established protocols which have been approved by all of the judges of the Court.

The Federal Court has a docket system. Under that system, matters are docketed to particular judges either when commenced or soon thereafter. The docket judge deals with all case management issues and all interlocutory applications in matters in that judge’s docket, except where assistance is required.

The Court has an electronic filing system (ECF). All files created since late 2014 are maintained in a digital environment which, in due course, will be the foundation of paperless trials. Such trials are able to be conducted at the present time but are not yet regularly undertaken.

Judges of the Court are active in Asia and the Pacific in providing assistance to the judiciaries of other countries. Also, judges frequently receive visits from and undertake visits to other countries in order to foster co-operation and understanding in respect of matters of mutual interest.

The Supreme Court of Victoria

In September 2014, the Commercial Court was formally created as a separate Division of the Supreme Court of Victoria. This was largely in response to an increase in the volume and complexity of commercial matters. Another precipitating factor was the legislative mandate contained in the Civil Procedure Act 2010 (Vic), that commercial litigation be conducted in accordance with an overarching purpose to facilitate the just, efficient, timely and cost-effective resolution of the real issues in dispute.

There are 11 Judges in the Commercial Court (including a Reserve Judge).  Each has their own general commercial list to manage significant litigation arising from the usual range of commercial transactions eg: contracts, banking and finance, joint ventures and partnerships.  There are also a number of specialist lists which comprise: the Corporations List; the Technology, Engineering and Construction List; the Intellectual Property List; the Arbitration List; the Admiralty List; the Taxation List and the Insurance List.

The Victorian Commercial Court is headed by a Principal Judge who reports to the Chief Justice and oversees the allocation and listing of matters within the Division. The Principal Judge is supported by a Judicial Registrar.

On average, there are around 400 Judge-managed matters in the Victorian Commercial Court at any one time (although there are sometimes in excess of 1,000 cases when voluminous debt recovery proceedings, which are managed together, are included).  In addition, Associate Judges and Judicial Registrars deal with a large number of other matters, including corporations and mortgage default cases.  Each year, there are approximately 2,600 new matters filed across the entire Victorian Commercial Court.

Two key features of the Victorian Commercial Court are active judge management and judicial specialisation. Commercial Judges are allocated cases to manage and hear from the first return date, to each subsequent directions date and interlocutory hearing.  In most cases, the same Judge retains the matter all the way through to trial. However, there is sufficient flexibility to reallocate a trial in the event that the managing Judge is unable to hear the case or another Judge can hear the matter sooner.

Every week, there is a meeting of Judges and Commercial Court Registry staff where new matters are considered and allocated and any necessary re-allocations made.  There is also a streamlined procedure for the hearing of urgent applications before a Duty Judge.

The Victorian Commercial Court currently disposes of approximately 80% of matters within 12 months from initiation and has a clearance rate of over 100%.

Recently, the Victorian Commercial Court re-modelled its Users’ Group to seek active engagement from a more diverse group of practitioners in a less formal environment.

The Victorian Commercial Court regularly receives visits from Judges and administrators from other jurisdictions to discuss case management and operational matters.

Active case management and participation by the legal profession in the process has since 2005 been mandated by statute in New South Wales.[1]

A significant feature of the case management structure in the Supreme Court of New South Wales is the specialist list system. Cases within a particular specialist area are centrally managed to hearing by a specialist List Judge (who also designates the trial judge) and heard by judges with expertise in the specific area. Each list has a Practice Note tailored to management of cases in that area.[2] Practice Notes are issued by the Chief Justice of the Court. They are, however, susceptible to flexibility.

The specialist lists include Commercial, Technology and Construction, Commercial Arbitration and Corporations. Proceedings arising out of commercial transactions, or in which there is an issue that has importance in trade or commerce, may be entered in the Commercial List.

The Commercial List is administered by the List Judge in court each Friday. The List Judge controls the diary. Motions are called through for the purpose of ascertaining the length of the hearing, and allocating a time for hearing on that or another day. The List Judge is available to hear motions, and ordinarily, at least one other Judge is also available. The list utilises an informal form of “pleadings” which must state the nature of the dispute, the issues which the parties believe are likely to arise, their respective contentions, the questions, if any, which they consider are appropriate to be referred to a referee for inquiry and report, and a statement whether they have attempted to mediate and whether they are willing to proceed to do so at an appropriate time. When ready for final hearing, matters are listed before one of four specialist judges, usually within about six weeks. Provision is made for electronic court books and e-filing.

Centralised specialist case management facilitates effective use of judicial time, not only in the particular matter being managed, but across the entirety of the list. It facilitates diary management and case listings as well as monitoring the performance of all cases in the list, including judgment turnaround time. It conduces to greater general case management consistency. The List Judge’s skill is enhanced by the experience of managing a high number of cases to trial.

An appeal from a final judgment of a judge in the list lies to the Court of Appeal, and, from there, to the High Court of Australia (with leave from that Court).

[1] The Civil Procedure Act 2005 (NSW) provides that the overriding purpose of the Act and of rules of court, in their application to civil proceedings, is to facilitate the just, quick and cheap resolution of the real issues in the proceedings. The court must seek to give effect to the overriding purpose when it exercises any power given to it by the Act or by rules of court. Parties are under a duty to assist the court to further the overriding purpose and to participate in the processes of the court and to comply with directions and orders of the court. A solicitor or barrister representing a party must not cause a party to civil proceedings to be put in breach of the duty. The court may give such directions as it thinks fit (whether or not inconsistent with rules of court) for the speedy determination of the real issues between the parties. The court may direct parties to take any specified steps and can give any other direction with respect to the conduct of proceedings as it considers appropriate.

[2] The specialist list system is to be contrasted with the so called “docket system” used in some courts, where each new filing is allocated to a particular judge, sometimes on a simple rotation basis, who manages and hears it through to finality. 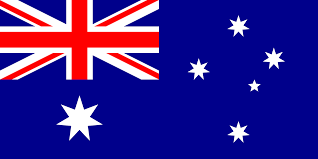