The Commercial List was established in 1991 for the hearing of certain actions, applications, and motions in the Toronto Region involving issues of commercial law.

The matters which may be listed on the Commercial List involve the following:

(a) Bankruptcy and Insolvency Act;

(b) Bank Act, relating to realizations and priority disputes;

(h) Receivership applications in all interlocutory motions to point, or give directions to, receivers and receivers/managers;

The Commercial List has been at the forefront of modernization efforts in the Superior Court of Justice. Examples of this include the introduction of electronic service of documents, e-document delivery for judges and electronic trials. The Commercial List has recently introduced a video-conferencing facility for unopposed and consent motions and for scheduling conferences.

The Commercial List makes extensive use of Model Orders in receivership and organization matters as well as recognition orders of foreign proceedings. These model orders have been developed by the Commercial List Users’ Committee after significant consultations with relevant legal organizations and the judiciary.

A significant portion of the matters on the Commercial List are insolvency related and many involve cross-border matters with the United States. Judges on the Commercial List are experienced in conducting joint hearings with their counterparts in the United States Bankruptcy Court. The sophistication of the courtroom technology is such that it is available to conduct joint trials with other jurisdictions. 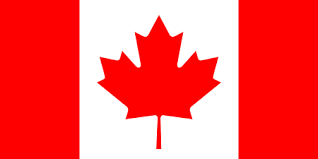