The Financial Services Division of the Grand Court (the FSD) was created in 2009 in recognition of the need for special procedures and skills for dealing with the more complex civil cases that arise out of the financial sector in the Cayman Islands. Since its inception, the FSD has dealt with more than 2000 such cases.

The Grand Court is a Superior Court of Record of First Instance, having unlimited jurisdiction in both criminal and civil matters and the FSD is a separate division within the Grand Court.

The scope of the FSD’s jurisdiction is laid down by the Grand Court Rules which contain a definition of “financial services proceedings.” These include proceedings relating to mutual funds, exempted insurers, contracts of insurance, regulatory laws, administration actions and trust claims, company matters (including winding-up), partnership disputes, claims against professional service providers and arbitration claims.

The FSD is served by seven judges including the Hon. Chief Justice and three of the other full time Judges of the Grand Court, as well as three part time Judges, who together provide extensive experience of and judicial expertise in a wide range of disputes including large commercial and corporate cases with a substantial international element.

The FSD is supported by a Registrar, a Listing Officer and by a dedicated unit of the Civil Registry of the Court. The procedures and practices of the FSD are set out in the Grand Court Rules (and other specialist rules such as the Companies Winding Up Rules) and the FSD issues practice directions to supplement these. In addition these procedures and practices are explained in the FSD Users’ Guide. The procedures of the FSD have been developed to meet the needs of large scale and complex litigation which require courts to respond to the need for urgent applications often with an international dimension. The FSD is in the process of introducing an e-fling system for the filing of court papers and the FSD’s staff often have to deal with and process out of hours paperwork (because of the time differences between Cayman and parties involved in FSD proceedings). The FSD also frequently makes use of state of the art video technology to allow counsel and witnesses to participate in hearings when abroad (indeed FSD judges are permitted to hear interlocutory applications when abroad by video link and will do so where this is appropriate and convenient to and cost effective for the parties).

The FSD has established and works with a User’s Committee which meets regularly to review developments and the operation of the FSD. Various professional organisations (including members of the bar, the accountancy profession and representatives of the financial services industry) as well as regulatory bodies make up the membership of the User’s Committee. 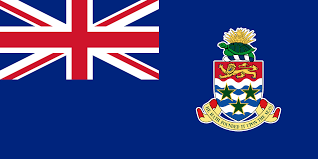