An Introduction to Foreign-related Commercial Tribunals in China

According to the Civil Procedural Law of the People’s Republic of China, the second instance of civil and commercial cases will be the final instance. If a party refuses to accept a judgment or ruling of a local people’s court, he or she is entitled to file an appeal with the people’s court at the next level up within a defined statutory period. The judgments and rulings of a people’s court of second instance are final.

The Commercial Court of the Hong Kong Special Administrative Region

The Commercial Court in Hong Kong takes the form of a specialist list known as the Commercial and Arbitration List, in which commercial and arbitration cases are entered in the Court of First Instance of the High Court.  The List is headed by a Commercial Judge and there are currently 5 judges assigned to deal with cases on the List.

Apart from arbitration cases over which the Court exercises a supervisory jurisdiction (including recognition and enforcement of arbitral awards), cases on the List include disputes relating to trade and commerce, banking and financial services, insurance (mainly construction of terms in contracts of insurance and reinsurance), and in recent years, many claims made by liquidators against auditors and former directors of wound‑up companies, seeking damages for negligence and breach of fiduciary duties.  Some cases also involve Mainland Chinese individuals and companies as parties.

In 2019, there is a trial fixed for 35 days, for a claim made by liquidators against one of the bankers who financed the operation of the insolvent company.  The liquidators are suing the bank for having lent money to and received repayments from the company as the bank somehow knew the company was fraudulent, and its lending was a kind of participation in or assistance to the fraud.

Claims against banks for mis-selling and negligent advice have also been tried on the List.  There is one fixed for 23 days in 2020.

Since the Civil Justice Reform in 2009, active case management is now exercised in all courts, but effective case management in the Commercial Court remains a top priority.  Cases now put on the List tend to be for long trials.  The Practice Direction in place for the List requires a case management hearing to be fixed after pleadings have been closed, and at that hearing, the case will be set down and trial dates will be fixed before a designated Commercial judge.  All subsequent interlocutory applications will be docketed accordingly, and all interlocutory orders will be made with the set trial dates in mind.  The aim of this is for cases on the List to be dealt with speedily (without the need of their going before the Master) and more effectively, by the same judge.

The Pilot Scheme for Discovery and Provision of Electronically Stored Documents came into effect on 1 September 2014, for cases on the List where the claim or counterclaim exceeds HK $8 million and there are at least 10,000 documents to be searched for discovery. 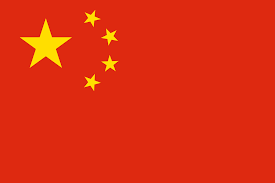