The Commercial Court is a division of the High Court which was established in January 2004. It is located in Dublin.

As a distinct division of the High Court, proceedings do not appear before the Commercial Court until such time as a party to a dispute seeks to have the matter admitted on the basis that the matter constitutes a “commercial proceeding” for the purposes of the rule. Order 63A does not provide an exhaustive list of disputes suitable for entry but generally includes; commercial disputes where the value of the claim is not less than €1,000,000.00; arbitration law; patent law; trade mark law; and, judicial review proceedings where the appeal is suitable for entry on the basis of the commercial aspects thereof. There is a general provision in Order 63A rule 1(b) which allows cases to be admitted to the list where the judge in charge of the commercial court considers it appropriate “having regard to the commercial and any other aspect thereof” for the case to be entered. Accordingly, schemes of arrangement, cross-border mergers and capital reduction applications are dealt with by the Commercial Court. While admiralty matters are disposed of in a distinct division of the High Court, the judge in charge of the admiralty list is also the judge in charge of the Commercial Court.

It has been the practice of the President of the High Court to appoint to the Commercial Court judges with experience in the areas of bankruptcy, insolvency and examinership; commonly referred to as administration in the jurisdiction of England and Wales .

The primary objective of the Commercial Court is to determine commercial proceedings in a manner which is just, expeditious and likely to minimise costs. Case management and trial preparation procedures are fundamental to this process in addition to provision in the rules vesting the Court with jurisdiction to actively encourage alternative dispute resolution processes. The case management procedures of the Commercial Court have contributed greater efficiency in the disposal of cases.

As of December 2011 the average length of time for the disposal of a case admitted into the Commercial Court was twenty-two weeks. With 36 per cent of cases being concluded in less than five weeks. Many of these would involve applications for summary judgment.

The degree to which the Commercial Court has been a success has been measured by the extent to which its rules have been adopted as a template for the increased efficiency of separate divisions of the High Court. The Rules Committee of the Superior Court has been active in transposing those measures increasing the efficient carriage of litigation into other aspects of court procedure particularly in the establishment of the Court of Appeal in 2014.

The use of digital technology has been utilised in the Commercial Court allowing for the greater use of electronic filing and permitting the presentation of a case electronically at the discretion of the parties. A greater extent for the provision of e-litigation is presently being considered. 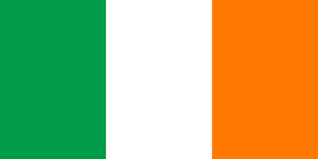