The AIFC Court provides a common law court system for the first time in Eurasia. It operates to the highest international standards to resolve civil and commercial disputes in the AIFC.  It has exclusive jurisdiction over disputes arising out of the activities and operations of the AIFC and jurisdiction in the case of other disputes in which all parties agree in writing to give the AIFC Court jurisdiction.

The AIFC Court is separate and independent from the courts of the Republic of Kazakhstan.  There is a Court of Appeal whose decisions are final.  It has its own procedural rules that have been modelled on English common law procedures and leading international practice.  It has a special fast track procedure for small claims up to the value of US $150,000.

It has an e-filing system that enables parties to file cases electronically at the AIFC Court from anywhere around the world without the parties having to be physically present in Astana.

Cost and time efficient case management will ensure that cases are administered and adjudicated as quickly and appropriately as possible.

Its decisions are supported by a robust enforcement system within the Republic of Kazakhstan.

In addition to myself as Chief Justice, the AIFC Court has eight Justices.  Six Justices are judges who are eligible to hear cases in the AIFC Court of First Instance and Court of Appeal.  There are Justices who are judges in the AIFC Small Claims Court.  The Justices are among the most experienced and distinguished judges from the common law world with global reputations for absolute independence, impartiality, integrity, unconditional application of the rule of law, and incorruptibility.

The AIFC Court is supported by a dedicated Registry team that is led by the Registrar and Chief Executive.

There are extremely wide rights of audience.  All lawyers with a professional lawyer or advocate practicing certificate from anywhere around the world are eligible to register with the AIFC Court Registry to represent parties in cases at the AIFC Court.

The AIFC Court will have permanent state of the art administrative facilities, including leading IT, conference, meeting, and hearing rooms, at its EXPO-2017 Astana premises.

It is working with leading international education institutions to provide leading professional legal and judicial education that will contribute to the development of future lawyers and judges in the Republic of Kazakhstan.

The judges, procedures, practices and standards at the AIFC Court will be familiar to businesses currently operating in major financial centres around the world. 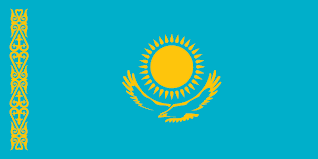