The Malayan courts have decided cases involving mercantile law since 1807, based largely on Malay custom and Islamic law. English law was introduced progressively from 1826 to 1937 through various parts of the peninsula. Today, most commercial matters are and determined in the Commercial Division of the High Court at Kuala Lumpur by the Commercial Courts.

There are six commercial courts. The judges who have been selected to sit in these courts by the Chief Justice of Malaysia and the Chief Judge of Malaya, have specialist knowledge in the field. The cases falling within the purview of the commercial courts include those relating to commerce and banking, markets and exchanges, maritime, insurance, oil and gas, insolvency, intellectual property and information technology, construction, competition, Islamic banking and commercial disputes as well as the recognition and enforcement of arbitration awards.

There is further specialisation within these six commercial courts. The specialist courts comprise the admiralty court, the construction court, the intellectual property court and the muamalat court, the latter dealing solely with Islamic commercial transactions.

Case management, which is largely undertaken by the judges, is a central feature that enhances the performance of these courts. Issues are identified and modified at the outset. Preliminary and interim measures are determined by way of interlocutory applications so as to reduce trial time. Witnesses are pared down and court annexed mediation is employed to enhance resolution of these disputes. Judicial time and costs are reduced not to mention a greater efficiency in terms of disposal.

The performance of the Commercial Courts is facilitated by the use of information technology in the form of the “e-Court System”[2] which incorporates amongst other functions, e-filing which digitalises the filing of all documents in the commercial courts. It also serves as a search and retrieval tool, essential for case management. The court recording and transcript system has reduced the time taken for trials and enhanced the quality of proceedings by eradicating the need for note taking. These tools complement the objective of completing less complex cases within a period of nine months (although more complex matters are afforded more time). 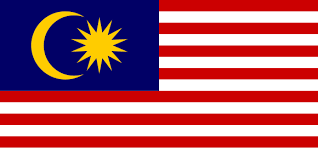