The High Court of New Zealand was established 1841.  It sits in 18 centres across the country.    High Court judges are domiciled in home courts in the three largest cities: Auckland, Wellington and Christchurch.   New Zealand has a population of 4.8 million.  All 39 judges sit in the criminal, civil, appellate and supervisory jurisdictions.  Whilst the judges generally sit in their home circuit, there is a national roster and judges may be rostered to sit in other circuits when the need arises.

The commercial panel began in September 2017.  Parties apply to have their case assigned to a panel judge.  Appeals lie with leave to the Court of Appeal and Supreme Court.

As at 30 June 2018, there have been 13 applications for a case to be heard by a panel judge.[1]  The criteria for determination by a panel judge are: commercial cases involving a value of $2m or more, high value arbitration appeals, judicial review of regulatory decisions, cases involving the enforcement of regulatory standards of commercial behaviour, challenges to complex company mergers and acquisitions, disputes involving intellectual property rights and other proceedings of a commercial character of sufficient public or private importance to justify assignment.

The Chief High Court Judge has appointed eight judges to the commercial panel, each for a three year term.  The judges case manage and hear cases assigned to them.  The current panel judges are based in Auckland and Wellington but may hear cases nationwide.  In addition to panel work, panel judges continue to hear the full range of High Court work.

Cases arising from the 2010/11 Christchurch earthquake sequence (including the development of insurance law) continue to be a significant feature of New Zealand’s current commercial litigation landscape.  Cross border matters arising from considerable inward migration and overseas investment in recent years are also important.

New Zealand is an export-driven, competitive economy with exports accounting for about 25% of GDP.  It has ranked between first and third in the World Bank’s Ease of Doing Business ranking of 190 countries since 2006.  New Zealand has a Closer Economic Relations Agreement with Australia, and in 2008 was the first developed country to negotiate a free trade agreement with China.  New Zealand’s top trading partner nations are China, Australia, the United States of America, Japan and the Republic of Korea.  As a bloc, the European Union is fourth by value. 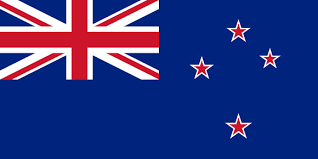