The commercial court system, established in 2008, is made up of three commercial courts based in the three major urban areas in Rwanda, that is: Kigali, Musanze and Huye and the Commercial High Court located in Kigali. These courts were introduced to handle commercial matters in order to deal with a big backlog of commercial cases, speed up the resolution of business disputes and thus play a part in the promotion of investment in the country.

Commercial courts are specialised courts and do not handle any matters outside of commercial justice.

Judges of commercial courts handle not just trials but also all case management matters, in particular preliminary hearings that could end the litigation by agreement of the parties without a trial.

Electronic filing was progressively introduced from 2011 but is now compulsory in all courts. 22 primary courts (the lowest level of courts) in rural areas use an older simpler version due to absence of reliable internet penetration. Other courts are connected to faster broadband internet and use the Integrated Electronic Case Management System. In all commercial courts and the Supreme Court, its use is at 100%.

There are only a few cases arising out of arbitration which come to the courts. However, efforts are under way to increase the use of arbitration and mediation. The majority of cases that come to commercial courts are banking and micro-finance cases.

Although Rwanda has specialised commercial courts, the lawyers tend to be general practitioners and therefore rarely assist the court in terms of development of the law, especially through comparative law and jurisprudence. 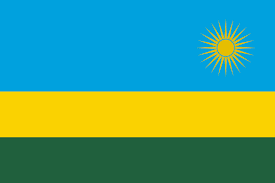