The SICC was established on 5 January 2015. It is a division of the Singapore High Court and, as such, is a superior court of record.

The SICC has jurisdiction to hear claims of an international and commercial nature. These include, amongst other things, disputes relating to trade transactions for the supply of goods and services, construction contracts, investment and financing matters, and in personam intellectual property claims. There are two ways in which a claim may come to be heard by the SICC. First, a claim may be commenced in the SICC pursuant to a written jurisdiction agreement between the parties. Second, a claim that is first commenced in the Singapore High Court may be transferred to the SICC if the jurisdictional requirements are met and the Singapore High Court considers that it is more appropriate for the case to be heard in the SICC.

Disputes in the SICC are heard by Judges drawn from a distinguished and diverse panel comprising the Judges of the Supreme Court of Singapore as well as 15 International Judges from a variety of common law and civil law jurisdictions, such as Australia, Canada, France, Hong Kong, Japan, the United Kingdom and the United States. As at August 2018, the SICC has had 24 cases in its docket, and it has issued a total of 24 written decisions.

Active judge-led case management is a key feature of the SICC. Every case is individually monitored and managed by the docketed Judge(s), with a view to ensuring a cost-effective, focused, and expeditious resolution of the matter. The SICC’s fees are competitive, as compared with other modes of international commercial dispute resolution, and its courtrooms are equipped with the latest technology (including real-time transcription, interactive display boards, as well as the custom-built eLitigation system) to aid in the efficient management, hearing, and disposal of cases. 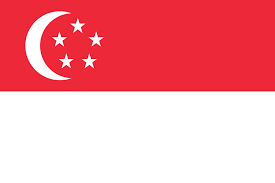