High Court of England and Wales

The Commercial Court was founded in 1895. It is part of the Queen’s Bench Division of the High Court.

The Commercial Court is headed by a Judge in Charge. The Judge in Charge is accountable to the President of the Queen’s Bench Division and in turn to the Lord Chief Justice.

The work of the Commercial Court includes: trade and commerce, insurance and reinsurance, banking and financial services, markets and exchanges, commodities, oil and gas and natural resources, shipping and arbitration. Appeals lie (with permission) to the Court of Appeal and Supreme Court.

Commercial Judges additionally sit in the Admiralty Court. The Chancery Division also undertakes work in some of the same areas as the Commercial Court, in addition to particular responsibilities in intellectual property cases, insolvency cases and competition cases. Major technology and construction cases, engineering and environment cases are also undertaken by the Technology and Construction Court.

Designated judges from the Commercial Court and the Chancery Division also sit as Judges of the Financial List. This List was introduced in 2015 with strong user support. It handles financial disputes of over £50m or equivalent, or which require particular market expertise, or raise issues of general market importance.

Some 70% of claims commenced in the Commercial Court and the Admiralty Court are international in nature.

Electronic filing is about to become a requirement, having been an option for a period. Hearings, including trials, may be conducted with paper or electronically or both, largely in accordance with the preferences of the parties. Waiting times are published on the Court’s website.

The Court receives many visits from the judiciaries of other countries, and welcomes requests for dialogue and the opportunity to assist and to learn.

Rules of the Court of Judicature

Commercial actions in Northern Ireland since 1992 have been covered by Order 72 of the Rules of the Court of Judicature (NI). The cases include business or commercial transactions, professional negligence, engineering and construction disputes, adjudications, public procurement, professional negligence, banking and such other cases as the Commercial Judge thinks fit to enter in the list.

The property boom and bust which took place in this century fell partly on the Chancery Division with regard to enforcing charges on land and disputes about land but partly on the Commercial court with regard to financial transactions. Actions continue to be ongoing about the alleged professional negligence of valuers and solicitors involved in property transactions.

There is no minimum level for cases save the £30,000 jurisdiction of the High Court. Northern Ireland is a geographically compact jurisdiction and so all cases are held in Belfast. Early trials can be arranged in appropriate cases eg to enforce adjudications or as an alternative to prolonged proceedings for interlocutory injunctions or otherwise.

Normally trial dates are given after actions have been Set Down i.e. requiring the solicitor doing so to certify they are ready for trial. The court will normally carry out a number of reviews of cases to ensure that the parties carry out the litigation efficiently and they are ready for trial when they say so e.g list of documents have been exchanged and any applications for a specific discovery are underway before trial dates are given. I check that experts have been retained timeously, if required, and the reports shared. I normally require the experts to meet and produce an agreed minute of their discussions.

I will ask the parties if they have had a meeting to try and resolve their dispute and if they have not done so I will direct that they consider mediation or, at least, hold a Joint Consultation ie that clients with authority to resolve the matter attend with their solicitors and counsel at a neutral venue, normally the courts with counsel attempting to narrow the issues and if possible work towards a resolution of the dispute. Shared estimates of trial costs may be directed.

There is a Chancery Liaison Committee giving an opportunity for both sides of the profession and others to make suggestions and hear of any proposed Practice Directions. We enjoy a high success rate in terms of resolution of actions before or at the early stages of hearings.

The Court of Session has for many years had special provisions for dealing with commercial actions to enable specialist judges to handle commercial cases quickly and flexibly.  The definition of “commercial action” is broad and includes any transaction or dispute of a commercial or business nature.  Company and insolvency petitions are also dealt with by the commercial judges.

Shortly after a commercial action begins it is allocated to one of the four commercial judges.  In general, that judge will be responsible for overseeing the progress of the case to a substantive hearing.  Very soon after its allocation to the particular judge, the action will be brought before him or her for a preliminary hearing.  The purpose of that hearing is to take stock of the dispute and to choose what appears to be the best means of resolving it.   Where the dispute is on a point of law, such as the interpretation of a contract, the court may be able to decide it without hearing evidence. When there is a dispute on the facts, the court may quickly order a hearing of evidence.  More commonly, it will be necessary to hold a procedural hearing before the issues are sufficiently focused to allow the case to be sent for debate or the hearing of evidence.

At those preliminary stages the judge will take an active part in the discussions. His or her intervention may help parties to narrow the gap between them and lead to an early settlement. In other cases, some important issue or issues may be singled out from the rest and dealt with separately in the hope that, by resolving that point, the court will help to resolve the whole dispute.  The court may ask a suitable expert to decide, or express a view on, some technical aspect of a case.

The preliminary stages are relatively informal. Consistent with that, neither the judge nor the parties’ representatives wear formal court dress at those hearings. This informality has since been extended to all hearings with the exception of those where oral evidence is to be led.

While written pleadings remain the primary method by which parties set out their cases, the commercial judges encourage the use of alternative techniques.  The keynote is flexibility. Where a case, or part of it, has been formulated in a pre-litigation document (such as a claim document in a building dispute) the judge may be content to use it, with only a minimal amount of written pleadings.  Expert reports are commonly referred to without any requirement to translate them into “lawyers’ language”.   Computer-generated spreadsheets are commonly used to set out complicated matters of detail, as in disputes between landlords and tenants over the state of repair of a building.

The commercial judges insist on frank and early disclosure of relevant documents.   An order will usually be made requiring parties and their representatives to meet to try to resolve the dispute or, at least, to narrow its scope.  Where the case proceeds to a full hearing, that hearing is more formal.  Parties are encouraged to agree matters which are non-contentious and to deal with contentious matters without undue elaboration.

The use of digital technology is an important feature of the arrangements for commercial actions.  The judges’ court diaries are available electronically, enabling the date and time of any subsequent hearing to be fixed immediately.  Most documents required during the course of an action can be e-mailed to the Commercial Clerk. Interlocutors, once signed, are e-mailed to the solicitors for the parties.  Documents and legal authorities which will be referred to during a hearing are usually expected to be lodged in electronic format. 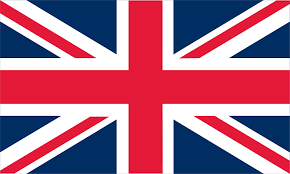